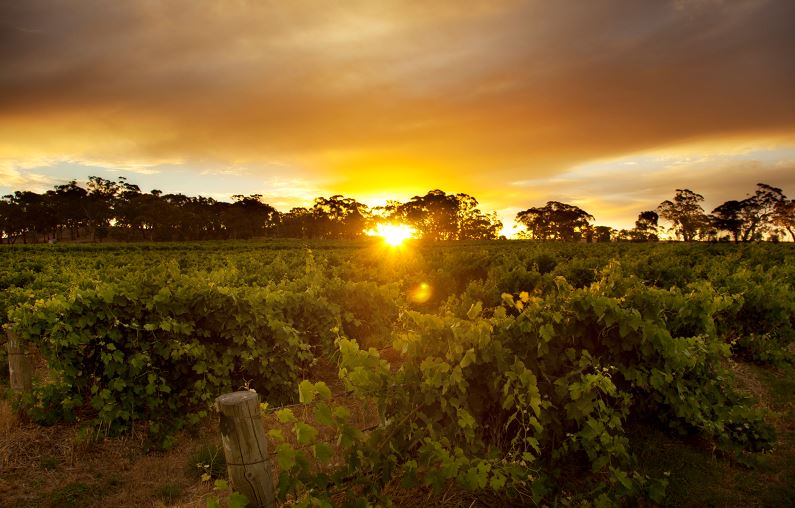 Our hotel and the InterContinental brand have a rich and interesting history and we love to work alongside partners that similarly have a story to tell; Henschke is one such brand. These winemakers stretch back six generations to when Johann Christian Henschke departed from Kutschlau, Brandenburg in 1841. He arrived in South Australia after a perilous 98-day sea voyage in which his wife and two youngest children perished. Johann Christian and his two remaining children settled in the Adelaide Hills and he remarried in 1843 and had eight more children. His two brothers also migrated to Australia and the family bought land in the Barossa Valley where a small vineyard was planted with the first wine sales made in 1868.

In 1872 Johann Christian transferred ownership of the vineyard to his son Paul Gotthard Henschke and he purchased the Hill of Grace vineyard, a name you will hear again. By the turn of the 19th century, Henschke was producing 1,600 gallons of wine. Almost 60 years later, in 1958, the first Hill of Grace Shiraz is produced, an important historical marker for Henschke. Flash forward another 60 years and Hill of Grace is still delighting wine drinkers and winning awards. The 2012 vintage was named Best Shiraz and Wine of the Year in the 2017 and 2018 Qantas epiQure Halliday Wine Companion Awards.

It is now 150 years since those first sales in 1868 and the family vineyard has continued to flourish, creating highly sought after and award-winning wines. Henschke produces wine from vineyards in three regions in South Australia: Eden Valley, Barossa Valley and the Adelaide Hills.

If you are already drinker and admirer of Henschke wines or are keen to taste them, we have a special event coming up on November 23rd. Try six Henschke wines over the course of An Evening with Henschke as you indulge in a five-course degustation with matched wines. You will have the chance to enjoy a glass of a new vintage, a Julius Riesling, an Alan Pinot Noir, a Marble Angel Cabernet Sauvignon, a Hill of Grace 2008 and Noble Gewurztraminer. Bookings are essential, book via Eventbrite here.