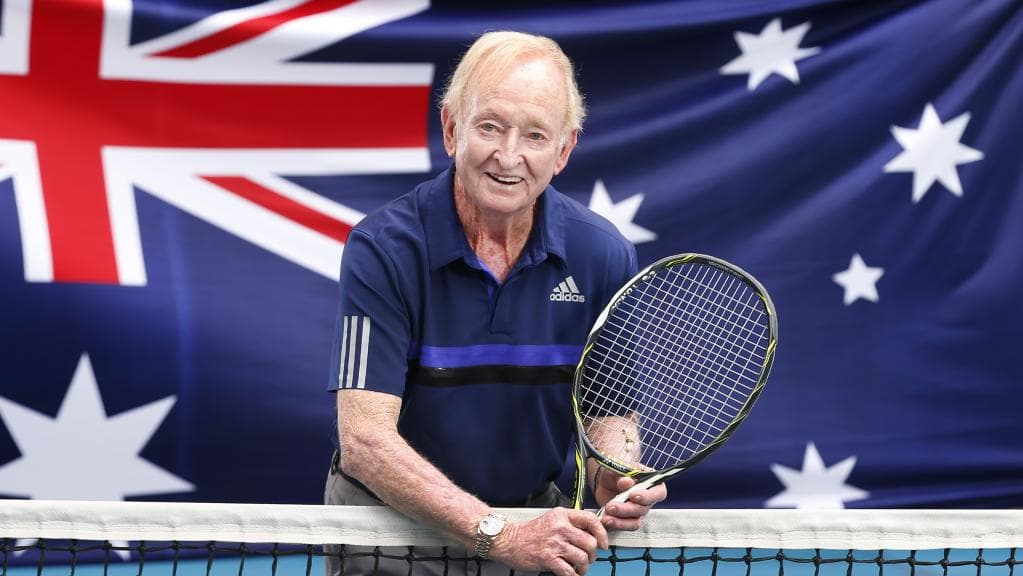 Before the action heats up at Rod Laver Arena this Australian Open, we remember back to our interview with the stadium’s namesake a few years ago and his reflection on his rise to fame, the world of tennis and the difference a winning mindset can make.

After a career spanning almost two decades, Rod Laver has lost none of the quality that kept the eyes of generations of tennis audiences glued to him. Fast, sharp and thoughtful, he is a gracious interviewee, his conversation peppered with admiration for his fellow champions and colleagues. As he settles into the lounge at InterContinental Melbourne The Rialto, he shares his thoughts on the game.

Born in Rockhampton, Queensland in 1938 to a family of recreational tennis players, Rod Laver was the third of four children. “We were a tennis family. We all played,” says Laver, “We always had a tennis court wherever we lived.” But where his brothers went on to open sports stores, a young Laver was quickly picked up by the Australian Davis Cup team captain Harry Hopman, a meeting to which Laver credits the start of his career.

After spending his late teens touring the amateur circuit, Laver burst onto the world stage in 1959, reaching all three finals at Wimbledon, still an unseeded player. “You just think about winning matches, not tournaments. Success is in whether you win or not. You can’t just play a good match, you’ve got to win the match,” says Laver, revealing a glimmer of his no nonsense approach to play.

It proved to be the mindset of a winner. Laver went on to claim 200 career titles, was ranked world number one for seven consecutive years and remains the only player to have won two Grand Slams (all four opens in one year). And yet he is beyond humble about his success. “I’ve been very fortunate not to get injuries,” he says, crediting some of his success to a lucky run. “That stops a lot of people. Everyone’s had tennis elbow, all you have to do is hit the ball wrong once, but I’ve never experienced major injury.”

It is perhaps this unaffected attitude, combined with his heroic sporting achievements that has seen him honoured over the past decade with a number of accolades. Now an Australian Living Treasure in recognition of his outstanding contributions to Australian society, Laver says his biggest career highlight however came in 2000 with the naming of Melbourne Park’s central court in his honour. “To feel your career warrants having your name in lights, that was the crowning moment of my career,” he says of the naming of Rod Laver Arena.

These days Laver spends most of his time in Newport, California but travels yearly to attend major events on the international tennis calendar.

To book your next stay at InterContinental Melbourne The Rialto, click here for our latest promotions.