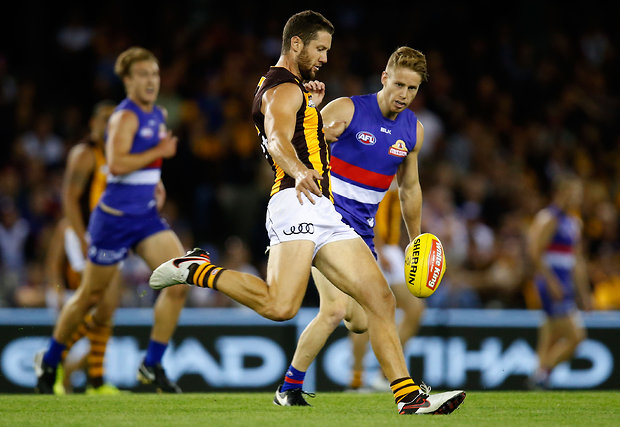 There is no bigger day to be found on Melbourne’s sporting calendar than the Australian Football League (AFL) Grand Final. Taking place on Saturday 1 October, with a public holiday the day before and NSW Labour Day on the Monday following, 3rd October, it’s a date not to be missed.

After 22 rounds played between 18 teams (10 Victorian and 8 Interstate) and enduring 3 weeks of nail biting finals, this is the game that unites the city as they wait for the triumphant team to emerge as this years’ premiers. Held annually at the iconic Melbourne Cricket Ground (MCG) which boasts not only the largest seating capacity in the Southern Hemisphere, but also the tallest stadium floodlights in the world!

Whether you are going to the game or here to enjoy the celebrations various, Melbourne venues will be showing it on the big screen. Plus you and the whole family can enjoy a range of activities around Melbourne CBD including interactive displays, prize giveaways and challenges.

Key activities and dates during the Finals include:

Foxtel Footy Festival – 28th September to 01st October 2016
Experience all that is unique about Melbourne by enjoying a free event showcasing different food, music, movies, and of course, the Toyota AFL Grand Final Live Site for all things footy. Located in Yarra Park outside Gate 3 of the MCG and running over 4 days from Wednesday 28th September until Grand Final Day on Saturday 1st October.

Come and celebrate the big game with us here at InterContinental Melbourne The Rialto, our promotional package deals provide the perfect excuse to enjoy your footy filled escape. Choose from the Family Getaway package which includes an overnight stay in a Deluxe Room as well as a visit to one of Melbourne’s other architectural masterpieces, the Southern Hemisphere’s highest viewing platform – Eureka Skydeck or the Weekend Special which includes a gourmet breakfast for two and late check out.