On Saturday 15 December, 2018 InterContinental Melbourne The Rialto celebrates 10 year’s in luxury, housed in a much loved Melbourne landmark.

Here on prestigious Collins Street, the hotel’s façade is a stunning example of 1890s neo-gothic architecture combined with a luxurious modern interior. Taking its name from the famous bridge that crosses the Grand Canal in Venice, The Rialto is as rich in character as it is in history.

Built in 1891, the hotel began as two separate buildings that housed the famous Melbourne wool stores and its offices. The bluestone cobbled laneways between the Rialto and Winfield buildings, which once echoed with the clatter of horse hoofs as carts carried wool and wheat to the wharves, remains untouched under our floorboards.

Completed during the Gold Rush when Melbourne was the richest city in the world, the historic Rialto building was commissioned by Patrick McCaughan, a wealthy Melbourne businessman, and designed in the neo-gothic style by celebrated architect William Pitt.

Next door, the Winfield building housed the offices that serviced the wool and wheat stores in the late 1800s. Designed by architects Richard Speight Jr. and Charles D’Ebro, the Australian National Trust lists it as “an example of the brick Romanesque style from the closing phase of the gold boom”. 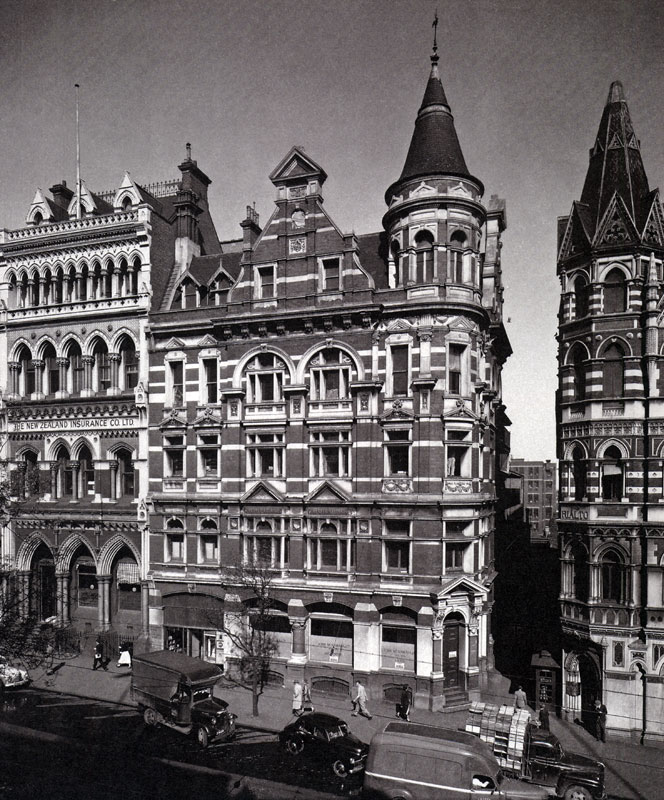 This magnificent building was acquired by InterContinental Hotels and Resorts in December 2008 after a $60 million renovation and refurbishment. Today, step behind its historic facade and experience for yourself the juxtaposition of old and new. 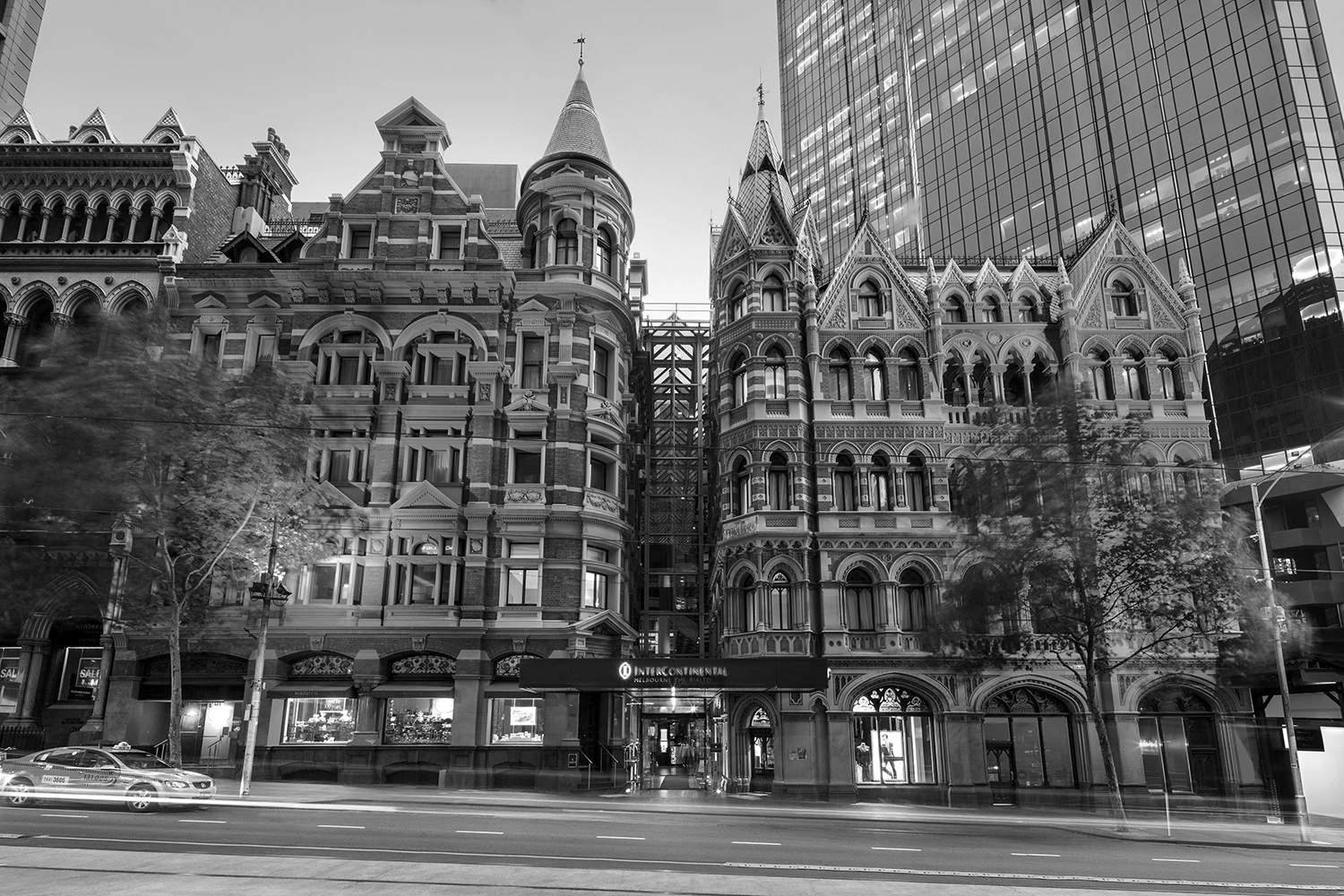 The hotel’s facade is a stunning example of 1890s neo-gothic architecture combined with a luxuriously contemporary interior. When you arrive, you will be taken away by the grand atrium and charm of the heritage buildings.

Stunning blend of traditional and contemporary, the 253 rooms and suites offer accommodation in the perfect Melbourne CBD location. Each room has been classically interior designed with sleek luxury and a distinctly local flavour. Deluxe Rooms range from 32sqm, with premium Iconic Suites spanning to 123sqm. Onsite food and beverage venues include Alluvial Restaurant, Bluestone Bar and Market Lane Bar. Bask in views of the heritage buildings in the award winning venue, Market Lane Bar voted Best Hotel Bar of the Year 2017 by Tourism Accommodation Awards for Excellence. The hotel has a Club InterContinental available exclusively for guests staying in Club InterContinental rooms and suites. A place of sanctuary after a day exploring Melbourne or working, or simply a quiet place to work or meet. With private access on level 4, overlooking Collins Street offering both communal and discrete areas throughout the lounge.

The exclusive experience features private check in and check out, with an attentive Club InterContinental team offering personalised service throughout the day. 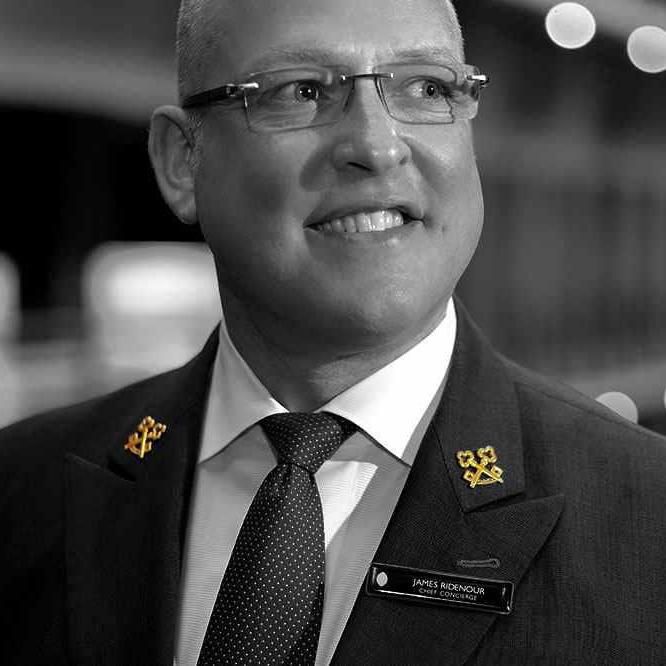 James Ridenour, Chief Concierge and General Secretary of Les Clefs d’Or Australia says “I am fortunate to work with James Spielvogel, another member of Les Clefs d’Or Australia. Together we strive to provide our guests with the most comprehensive and personalised concierge services in Melbourne. Our team continually strives to provide our guests’ service that rivals that of the best hotels in the world.”